Samsung Galaxy S4 launch in the US will be affected by supply issues, according to American carriers Sprint and T-Mobile, and it was expected to begin sales on Wednesday through network carriers like T-Mobile will be up for orders from 29 April onwards. Ryan Biden, the Head of Product Marketing for Samsung, cites high demand from consumers based on early previews as reason for the delays. Biden said that demand for the Galaxy S4 is much higher than with the Galaxy S III, causing minor supply chain issues that should be cleared up by early May.

“Due to overwhelming global demand of Galaxy S4, the initial supply may be limited. We expect to fulfil inventory to meet demands in the coming weeks,” said Samsung in a statement.

"We had planned to launch this next generation of the award-winning Samsung Galaxy line-up on Saturday," Sprint said in a statement. "Unfortunately, due to unexpected inventory challenges from Samsung, we will be slightly delayed with our full product launch."

Samsung Galaxy S4 sports a 4.99-inch 1920x1080 pixel Super AMOLED display with 441 ppi and runs on Android v4.2.2 OS Jelly Bean. The device features a 13.0-megapixel primary camera and a 2.0-megapixel pixel front-facing camera. Among its new features are Smart Scroll, Smart Pause, Samsung WatchON and S Voice Drive. It comes in three storage options - 16GB, 32GB and 64GB - and in two variants - one with an octa-core processor clocked to 1.6GHz and the other with a 1.9GHz quad-core chip.

Analysts predict that the Samsung Galaxy S4 flagship smartphone could surpass 10 million unit sales within the first month after it launches. However, if the handset suffers from delays or issues with components it could mean disaster.

In the month after the Samsung Galaxy S3 launched in May 2012, Samsung incurred 2 million units of lost sales due to a manufacturing error that left the devices’ cases unfit for sale. 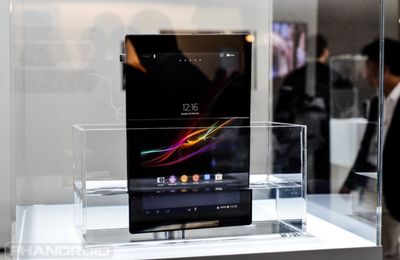